Listen to our music at. 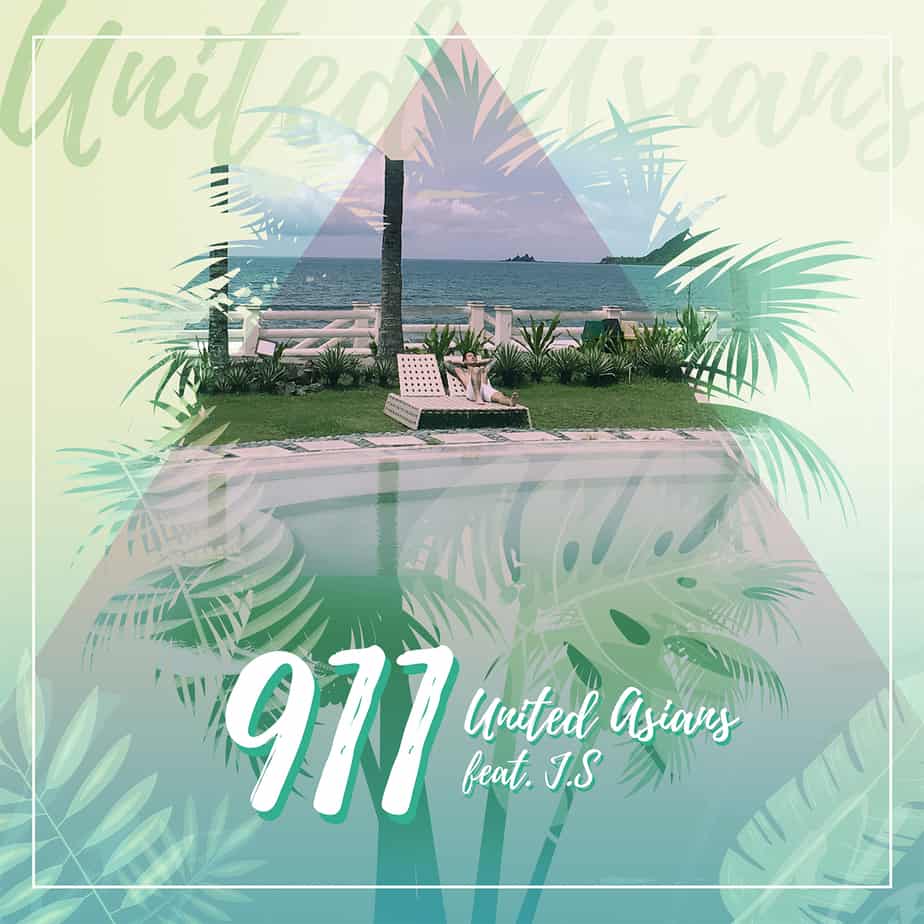 "Where did the J.S name came from?​"
Yuuri Suzuki
Interviewer
"It is all started when I left japan 3 years ago and experienced various things while traveling to New York and other different country, I felt that I could fight in the world with music as a Japanese.Actually I didn’t always go to school, but the education I got from my father since childhood was “we have a family lineage of samurai, so you have to live like a samurai”. So what I should express to the world as a Japanese is “this is the Japanese Samurai”.Simple is best, so it is translated as J.S."

J.S aka HAR-CO
United Asians CEO
"In the lyrics of the leading single "618" you touched and mentioned a bit about your own roots, but who is JS?"
Yuuri Suzuki
Interviewer
"When someone asks me, “Who are you?” the answer I always give is… "I'm a Japanese with a Samurai soul"I always challenge myself to do what nobody dared to do, or do what people cannot do. I show my way of life, the way of my existence on my back. I think that is… J.S"

J.S aka HAR-CO
United Asians CEO
"United Asians has various racial artists from various Asian countries, but how did you form the group?"
Yuuri Suzuki
Interviewer
"An Australian-born singer, Roe Jay, introduced the Korean (JACK) and crazy Japanese (J.S), they met each other and said, "We might be able to challenge the international billboard chart if we make use of our career”. That’s the time I hit it off with the thought and started thinking about it seriously.So, Korean music producer JACK first wanted to produce only my songs.But he had talents like Charles, J.O, Renzl from the K-pop industry who had trained fiercely for three years. So, I thought I wanted to take them to the world together with me. That's why when I started producing, word spread and applicants came one after another.So, I started raising young Asian artists and pushing them into the global music industry, that is the beginning of United Asians."

J.S aka HAR-CO
United Asians CEO
"The French music label "Obwi Records" is credited for the arrangement."
Yuuri Suzuki
Interviewer
"When preparing for debut, My French friend introduced me to a man who runs a studio named Obwi Records in France, the moment he liked my music he offered me and said " let me help you provide music and edit songs. " So, when I impressed with French hip hop culture for the first time, I instantly became enthusiastic with unpredictable Doping, So I stick to Asia, but I found out unexpectedly that I would do it with people all over the world who helped it."

J.S aka HAR-CO
United Asians CEO
"Mr. J. S is said to dislike appearing on the crowd, and he has been involved in music / MV production and management as a producer like Dr. Dre until now, but why did he take the microphone this time?"
Yuuri Suzuki
Interviewer
"From the start, I did not feel like I was at the front desk. I can speak English for a long time, but my accent is not native.” But starting with JACK, he keeps telling me when meeting people that "Why are you not in the front?" "Why are you not fighting for yourself?"I regretted having a family tutor in English and trained my English accents intensely. Even now it is not 100% native accent, but I am confident that I have worked hard and studied rap for 17 years rather than anyone, So I thought that now is a great time and opportunity for my upcoming release"

J.S aka HAR-CO
United Asians CEO
"What kind of voice is Mr. J. S's over "One person's voice to one million people?"
Yuuri Suzuki
Interviewer
"It is “natural digital voice” was said from me the time I went to a vocal school in Japan. For example, although we often hear singing voice when it is in an arena here, I hear that singing voice is not clearly heard when it is over there, but I can hear when it sounds like this beat. It is the voice of an ordinary person who cannot hear well if it’s on a different beat. Normally there are PA and mix engineers for that, but the voice quality that you can hear well on any beat is "natural digital voice".This seems to be have been made since I was born, So it is surprising for overseas engineers to listen to my rap for the first time. I’d have nothing else to be thankful for that but to God and my parents."

J.S aka HAR-CO
United Asians CEO
"Three songs included in the album "J.S missile" have completely different songs including "Samurai feat. J. S" of the lead song."
Yuuri Suzuki
Interviewer
"As for "Samurai feat. J. S", it is actually a song that I made with JACK for the first time. Simply started making songs with JACK and two people “Let’s make a club song first” As usual I made it in whole English, but JACK suddenly said “Let’s make a hook in Japanese”. I do not know whether I am good or bad now, but I feel like I want to make Japan into refrain afterwards.So far, until now no matter where I do anything, I could not enjoy it from the bottom of my heart. That was my life, always looking for a cool place to prepare for the fight. I thought that it was Samurai and came alive."

J.S aka HAR-CO
United Asians CEO
"Samurai is an impressive PV like a mafia movie."
Yuuri Suzuki
Interviewer
"I’m also the one of the Japanese who is doing their best in abroad, Maria Ozawa also cooperated with me, if you thought about making a music video based on what actually happened to me, "These lyrics of this song lyrics let's make a club song super-doped."

Yuuri Suzuki
Interviewer
"As for "911", I wanted to completely express my own image change.The track is a tropical house, but it is usually decided that it is not a beat that Gangsta rapper can carry normally.Because I am overseas that I can express freely free and I can express myself obediently. Actually, it is my favorite song."LAF", but actually, after hip-hop, I use EDM as a track of my market.It is also the genre that JACK is the proudest of and I merely love himself, four beats.It was my own taste to be able to get on any beat from olden days, and it took me years of age to get around to say "Japanese version Pit bull suits you?"More than anything, I do lap to spin my songs at clubs, festivals all over the world, so I think that "surprising but natural" is an evaluation when I wrap with four beats."

J.S aka HAR-CO
United Asians CEO
"Please tell me the real meaning of the word "change the world with music" which is the final habit."
Yuuri Suzuki
Interviewer
"As I travel around the world, I feel that the center of music in the world is ultimately the United States and Europe, no matter where I go.But, "I always thought that if Asians would beat up with all genres".It is difficult to live, to travel around the world and to express in words, but in a simple word to say a society's miniature,"A cute child is crying, a dirty adult is smiling"Something, I think it is the truth."But how do you change it?" I believed that one of the tools was music.Che · Guevara, African · Bamberta, NWA, 2 PAC. For me it is a person who changed the world even a little.Also, when I came to Southeast Asia where Japanese discrimination was intense, I may be actually a taboo with a fierce shock I received, but it is a fact that I thought, "Would you like to take another World War?"This time it is not a gun or a nuclear weapon, but with music.So, I also declared to the crew of United Asians."If we do not get a national billboard chart, I will be tolerating to take responsibility."It is not a drama nor a movie, it is a realistic flow for me and I always take an action.And what to express with lyrics, music that makes a lot of people smile even by one person, music to impress. I believe that it will change the world to real."

J.S aka HAR-CO
United Asians CEO
"Please tell us your plans for the future activities of the group"
Yuuri Suzuki
Interviewer
""Nonstop machine gun release", we will continue releasing at unprecedented speed. Once we have done that, we plan to do a world tour and live shows.I will continue doing what I’m doing until I conquer the world music scene because I don’t have half-hearted goals.Occasionally, I also get an actor's booking , which is why Hollywood is the goal, so I will keep on giving my all to my music and acting career.​Anytime, “continue making new trends”, that is United Asians!" 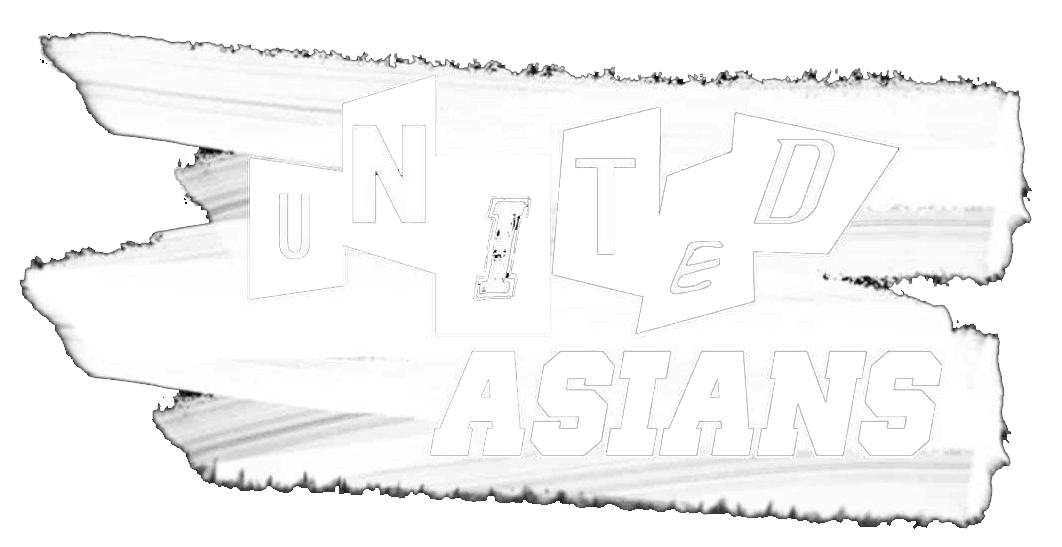